For all other number besides Phi, with this formula, will equal something other than 1.00000....

As seen in my previous post, I enjoy special numbers. Phi is similar to Pi, as it never repeats.  As seen from the previous post it is easy to print the value of Phi for as many digits as you like. On my Linux Workstation it took 199 minutes,59 seconds to compute and print.

Email ThisBlogThis!Share to TwitterShare to FacebookShare to Pinterest
Labels: Phi 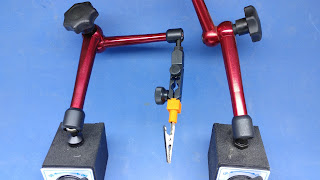 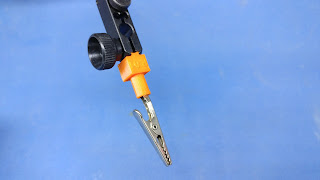 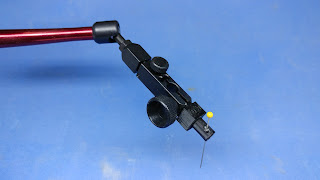 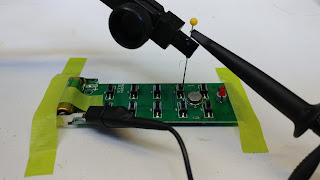 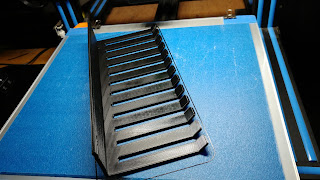 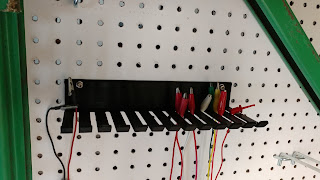 After many months of working with a 3D Printer, I have finally successfully created a working set of interlocking reduction gears, each section provides a 7:1 reduction. This device is about 2 inches in diameter, the total reduction is 14:1.

The original Ring Gear from Thingiverse was modified to create this multi-stage Reduction Gear. My contribution was to modify it as necessary and join two sets together. 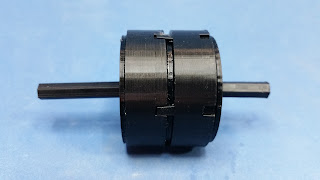 The transfer plates (with the connecting pins) were assembled by adding the center HEX pin after printing.  Each of the two Reduction Cluster were printer as an assembled single object on the printer. No cleanup or filing was necessary. 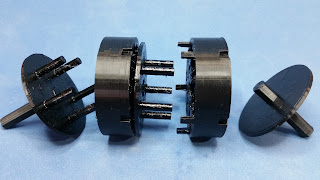 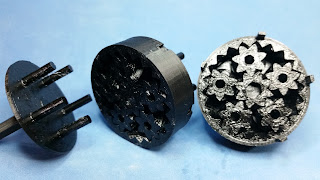 Silicon grease is used for lube.

I may increase the size (and with other modification) this could be used as a Light Weight Field Day Antenna Rotor.


This week has not been a good week, very sad, two of my Ham Radio Friends have passed away.

I purchased a 3D Printer, and just now learning how to use it, there is a lot to learn.

After many trials and failures, I have successfully printed the equivalent of "Hello World" for 3D Printers, which is the "3DBenchy". This online part was designed to be a torture test for a 3D Printer, with many under-cuts, over-hangs and fills, that are somewhat difficult. This part is about 2.5 inches long.

3DBenchy was actually about my 10th attempt at print anything, the first few parts went horribly wrong.

Here are a few of my initial prints of a part of my own design, obviously I did not know what I was doing. 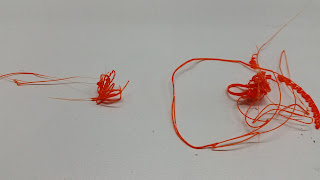 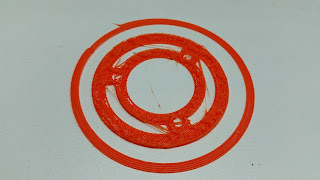 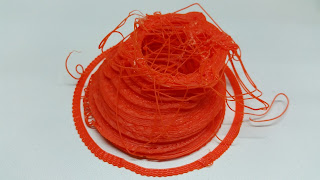 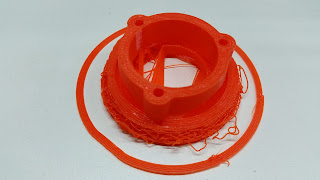 Things got better with practice and understanding of the 3D Print process and control parameters. 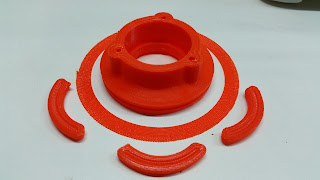 The above is a replacement part for an Orbital Sander, this part is no longer available from the manufacture, it will eventually be printed with Black ABS Plastic, which is similar to the original. I designed this part with FreeCAD and used Slic3r for the G-Code output for the 3D Printer.  For me, FreeCAD has a steep learning curve.

On the next part, a Cable Chain of my own design, I must have lost the magic !! 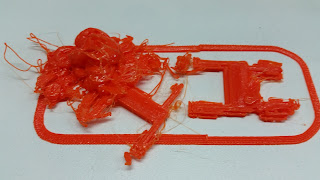 But finally, things got better with practice.

I am currently printing four Cable Links with newer/better design, I will report the results. For these link design, I have used Sketchup and Slic3r. For simple designs Sketchup is easy to use, as long as you only need "Union" style of object creation, that is, objects that touch are automatically joined together (union'd) when exported as an STL file. STL files are needed by Slic3r.


This is fun, I think I am going to enjoy my new 3D Printer.