Here are just a "few" QR-Codes that I found via Google, they are apparently everywhere, if you know where to look.

All of the above very long URL is contained in the following QR-Code image. 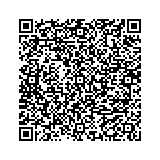 The reason that I started noticing QR-Codes, is because QR-Codes are the method of choice for sharing data; contacts, URLs, Apps, and more, between the Android Smart Phones. One phone displays the QR-Code, the second scans the first phone's display and decodes the results , effectively transferring information.

Using a "Bar Code App", any QR-Code can be decoded, regardless of  it size, location, and display device, assuming that it can be seen via phone camera. The image can be on a small stamp, or the side of a blimp - if it can be photographed, it can be decoded. Apparently, QR-Codes are used extensively in Japan, on everything from small products, to large Billboards and Neon signs.

If you have an Android Smart Phone, you too can easily read the above code and jump to the web page. Note; maybe other phones can do the same thing? For Android, see the app: 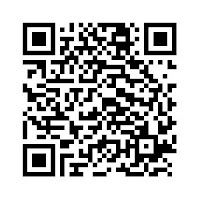 
There is a Google Chrome Plugin that coverts any URL line to a QR-Code, which makes it easy to share an arbitrary page to a phone. Other online apps can be used to decode QR-Codes for any PC. 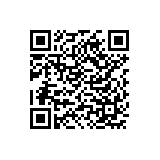 This mode of image communication may have a place in Ham Radio. Maybe a new form of QRSS or MEPT??


Update, yes it has now been done, See: 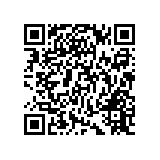 I plan on creating a QR-Code image for the back of my van, but so far, I have not thought of a good choice for content :-)

So, who will be the first to decode the secret word in the QR-Code of my previous post ???


Link to some QR Code history (thanks to, Colin - G6AVK):

For The Geek in Me

For all of the Geeks - here is todays post: 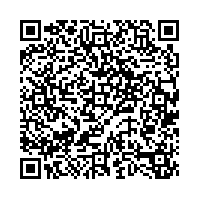 As you can see by the time stamp below, I have been up, much too late.
UPDATE 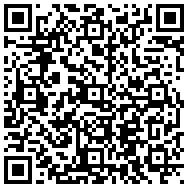 Email ThisBlogThis!Share to TwitterShare to FacebookShare to Pinterest
Labels: QR-Code

OK, I am now in PIC Heaven.

Long ago, I have used the Microchip 12C509 for many projects, but it is time to update.

In an attempt to find a PIC for some future projects, I ordered and received a few of the most popular.

Each Kit has a lot to offer; these are my initial reactions:
Each of the above can be reduced to just an inexpensive PIC, for inclusion into a final project. Most PIC's are less than $2.00 - $3.00, availability, support (i.e., demo code), and easy-of-use (i.e., programming) will be the deciding factors.

I will update this post as I learn more.

It looks like there has been some major advancements for Mark's Direct Laser Printer (DLP) to PCB for homebrew hobbyist. See my previous posts.

Most experiments attempting to laser print directly onto PCB material evolves modifying the printer (cutting and removing parts) to straighten the paper (or PCB) path through the printer. Also, this normally requires the toner fuser to be removed, because it often contains slight "S" turns which is normally used to maximize heat transfer. Stiff PCB material will not pass through without modifications. A different method of image "affixing" is necessary.

In general; Jim KI6MZ's modification to the "carrier" makes for better image prints onto the PCB by grounding. As before the image is very fragile and require simi-melting in a 400 deg oven to affix the image before etching.

And now, Jim has also found a way to affix the image WITHOUT heat!

Jim suggests that the image can be affixed by placing the PCB with image in a container of Acetone Vapors for about two minutes. Removing it gently, air drying and it is ready for etch .

This sounds too good to be true, I am going to have to try this !!

Links to the details and thread are here.
I will report my progress using this method.

WinradHD Running on Ubuntu 10.04 via Wine

Until recently I had been listening to my Softrock RX Ensemble on my one-and-only Windows XP Desktop Computer, all of my other computers have been converted to Ubuntu Linux.

Today I found out that "WinradHD" I/Q Decoder will run via "Wine" on Ubuntu 10.04. I have Ubuntu on my HP Pavilion Laptop, which has a Stereo Mic Input Jack (a surprise to me). The Laptop decodes the SDR I/Q signals very nicely, with a very low noise floor.

My initial test configuration used two computers; one (window XP) to changed the Ensemble LO Frequency via a USB connection, and the second (the laptop) to run WinradHD and provide audio output.

Then, via the Internet, I found the "usbsoftrock" deamon for Linux, which is a kind of driver/program for the Si570. It is like a command-line version of a combination of  "USB Driver", "CFGSR", and "SRDLL" as used on Windows XP, and  as previously described. Usbsoftrock runs on Ubuntu along with WinradHD.

Usbsoftrock allows changes to the Si570 frequency via a command-line command on the Ubuntu Laptop, for example:

Status can be listed via:

I need to find the magic to control the Si570 via "usbsoftrock" directly from "WinradHD" on Ubuntu. Using the keyboard to set a Frequency is not exactly fun.

Note: A pre-compiled "usbsoftrock" Ubuntu package can be found as described on Steve Conklin, AI4QR web page and which was created by Jonathan, AF6YF (now N6JU) - Thanks Jonathan. 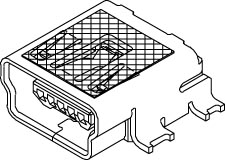 Just received the USB Mini-B connectors (P/N 538-54819-0572) from Mouser. Hopefully sometime soon I will have time to modify the artwork to include this connector for my Marker/Beacon/CW project. See previous post.
By: WA0UWH - Eldon R. Brown SR at 9:13 PM 1 comment: